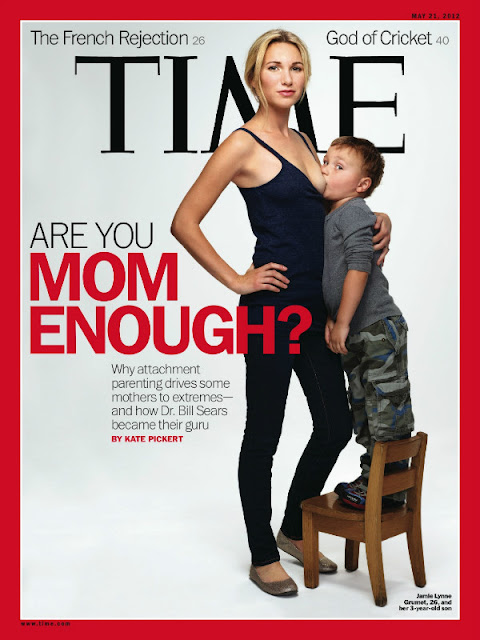 Yes, I have seen it! I had a few people send this article my way today. It’s the latest version on TIME Magazine, with a woman on the cover with the headline “ARE YOU MOM ENOUGH?” I’m assuming the title, along with the small summary “Why attachment parenting drives some mothers to extreme,” implies this woman, with her three-year-old son at her tit, is “extreme.” Too big to put in a cradle-hold makes this “drastic” because he is just “too old!” — failing to mention how many woman don’t even breastfeed, which is the issue we should be looking at instead of otherizing this act — which is completely normal in many societies. What does that say about us?  I haven’t formed a complete opinion on this one — yet, though I’m definitely tempted to head to  the library and straight for the issue. What first comes to your mind?