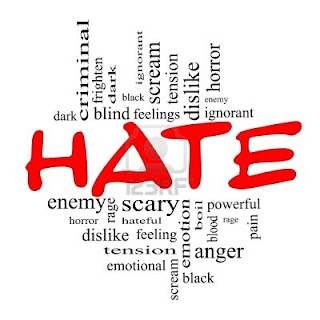 First, I want to tell you that I am not writing in my normal MO. I am simply free-typing (free styling), which I never do — I was born in the mid-70s, so pencil and paper before uploading is how I roll, and is how I can best get my thoughts clearly expressed. This usually is not my usual blogging day either, but I have something to say and am hoping my point comes across. I’m am not apologizing for any of the content, but if it sounds a bit choppy, then you’ll understand. I’m hoping more than focusing on my grammatical errors and such, this will create a much-needed dialogue.This is a painful post for me to write. Not only because it forces me to look at an area where I know sooner or later will make me sad about the state of affairs, but it draws upon some of my personal life experiences and forces me to visit these areas, which often I’d rather not. But before you read on, go watch the video by Jaylove47, entitled Blacks Hate Each Other, and then come back. Make sure you don’t read ahead before you watch it.

A couple of weeks ago, someone got mad at me because I called her a Black Feminist. Actually, I didn’t call her a Black Feminist, per se, but instead alluded to it. I told her from the viewpoints she was displaying in her YouTube video that I watched, I believed she was on her way to becoming a Black Feminist. Needless to say she ardently disagreed. Later, I found out that she was so against the ideas of Black Feminism because like so many others she believed that it excluded Black men. I was recently preparing to write a post about how Black Feminism, at very least, is not about hating Black men, and that as breastfeeding advocates we must be more inclusive of them in our advocacy. Of course I still believe this. I mention this because even though that post is going to have to wait — it fits in what I have to say now, because it was only when I adopted a Black Feminist consciousness is when I began to understand and make sense of it all.

The other day I was out visiting the university I was recently admitted to, and whose offer I already accepted — heck, I already sent my official transcripts. I was as excited as humanly possible that I was actually going to this place to talk to all of the anthropology professors, who will offer me guidance on a topic that has become such a force within my scope of advocacy and activism — which manifested itself in my complete lack of sleep the night before. While I was there, I was reminded by the video which basically states that Black people are our own worst enemies. Or, that we just hate each other. While I was on campus, I sat back and watched while Black men completely dissed a Black woman on two separate occasions. Now you may say “Big deal.” But I look at this completely different. No. this is nothing new, and the insecurity these men have that they projected outwards reminded me of the many other instances that I have witnessed this. And also of times that I have been the subject of this internal violence within the Black community. When I was 15 and in 10th grade, I was in PE class, and remember being asked by a white classmate why Black people talk so badly about each other all the time. You can say this is nothing more than some high-school drama, and I know there’s definitely a level of truth to that, but I think it goes much deeper. I know it does. And I knew this was the truth, since even back then I had seen it countless times. It was no secret. More and more now I am seeing this with the blatant disregard for others in this community, and what it has come down to, for me at least, is why do I do the work that I do and if I will continue, and why?

This internalized self-hatred that we project onto others, doesn’t only happen in these spaces. I’ve seen it on the bus, projected at a really dark-skinned brotha, who I believe was from Sudan. I’ve seen a Black woman get picked out of a crowd of about 100 white people and stigmatized by another Black person. I was once at a breastfeeding meeting — the same one where I landed a seat next to the xenophobic white woman who said she can’t see herself using ‘Black’ breastfeeding literature for her white clients — and had shade thrown at me by other Black women — you know, because that type of hate is so productive being in that atmosphere where we were there because we wanted to save Black life and all, right?! There have been many times that when I have met a (usually a young, Black person), and I can tell this has been their experience with other Blacks just by the vibe they give off. I know many of you who read this post also know what I’m talking about. My resistance to this legacy of intra-racial mental violence is to strike up a conversation with the young person to ease their tension. Yet, this is only a minuscule example of countless others that are woven into the fabric of our community. Don’t you think this affects each of us mentally? Physically? Our breastfeeding rates? Our overall health?

If you go to YouTube, you will find endless episodes of Black men figuratively ripping the life out of Black women — over our dating choices, our jobs, our skin tone, hair — anything. Although this perspective — Black men vs Black women makes up the majority of it, I believe, this not only happens from that angle, but vice versa. Black women also do the same to other Black women. For me, I view this like math problems when you’re looking for a common denominator — through a process, you eliminate to get to what you want. From what I have seen people have looked far beyond anyone else to scope each other out to look for their kind for this. Make sense? That Black people seem to scout out other Blacks to do this. We will bypass anyone around and pick each other out of a crowed to do this. I haven’t even touched on physical violence and Black on Black crime.

My feelings continue to get hurt from all of this, and it pisses me off so much, that I really have been questioning if I am going to continue this work. And, why I bother in the first place. If others don’t care, why the hell should I?

I’m not saying I’m looking for these utopian ideas among Black people or anyone for that matter — even though I know we as people are capable of changing things in society and the planet, but I know for myself that I constantly work at challenging racism in every aspect of work that I do but it seems that many of the instigators are not just around us — they are us!

I have lost countless people in my life who cannot accept my politics, and especially my racial politics, and have even cried myself to sleep before by being castigated for criticizing a dominating system that continues to harbor racist sentiments against Blacks. But from what I see, as Black people we are harboring ill sentiments against ourselves. You know, the things we do where instead of looking at what we’re doing we always place the blame on racism. White supremacy. Class issues. The devil.

Look, I am not at all saying these things do not play a tremendous role in social inequity and a baby’s access to the breast or whatever other area. I know they do. And I know there is a historical legacy that shapes today. But I also see that there is the role we play in our own demise. I have to be honest with you that when I look at several issues in breastfeeding, where the way I see it is connected to every other area of society on a local and global scale, I tend to look at a larger picture to see where the origins of disparities come from. I have constantly challenged anti-Black racism and other issues of whiteness and such. But I’m starting to look at things a bit differently now. And I promise you that if indeed I do continue onwards with my education looking at breastfeeding among Black women, and spend at least five years of my life researching this area, you best know that a segment of my research will focus on the ways we ourselves by the way we hate on each other, create and maintain our own disconnect and disparities. Believe that.