Blissful Bites: Vegan Meals That Nourish Mind, Body, and Planet is a cookbook written by nutrition expert, Christy Morgan, who is a vegan macrobiotic chef and cooking instructor, and who, according to her ‘about me’ section of her website, graduated form The Natural Epicurean Academy of Culinary Arts in Austin, Texas — a mostly vegan institution. Christy tells us “Bliss,” which she defines as “being so comfortable in your own skin that you feel tapped into the universe,” can be found in a place that begins with healthy conscious eating — in our kitchen.

This text is organized and filled with over 175 recipes, and is neatly arranged in Winter, Spring, Summer and Fall, and also has an “Anytime” section.  Blissful Bites says it will “set you down the path to better eating and living by changing your diet from processed foods to those that are light and naturally delicious.”

Although I am not a vegan I can appreciate all foods, and over the past number of months I have experimented with different recipes, have a lengthy YouTube playlist and also visit numerous blogs that have a variety of easy-to-make meatless meals. I was really excited to find this text since I had read numerous reviews so I anxiously awaited its arrival, since I assumed a book filled with recipes from a ‘Blissful’ chef were bound to encourage my eating habits as well as my happiness.

However, my initial thought started with the front cover  — that did not look very interesting, and as I flipped through felt the same about many of the meals throughout the chapters. But I won’t pretend nothing really appealed to me, since that absolute is not at all the case. There were a few dishes I felt sounded awesome — like the marinated portabella steaks, with an accompanying marinade made from red and baslamic vinegar, olive oil, dijon mustard, maple syrup, lime juice, and black pepper. Or the macro “mac and cheese,” made with butternut squash, tofu, nutritional yeast, tamari along with a few other ingredients, or the coconut bliss granola, with rolled oats, sunflower seeds, dried coconut, brown rice crispy cereal, along with sesame seeds, walnuts, raisins, vanilla flavoring, maple syrup and nutmeg. Or the veggie stuffed pasta shells and of course the lemon meringue cupcakes with lemon-coconut frosting — with frosting made from tofu, freshly squeezed lemon juice, maple syrup. But however unfortunate, I did not feel this way about most of the meals throughout the text, and my initial reaction to Blissful Bites was the foods did not look very captivating, but dry and not very appetizing — not something that would grab my attention. I did take into account that my reasons could possibly stem from the fact that it was cold outside and I was in a season where there was still frost on the ground in the mornings, so my body may have wanted something heavier, warmer, but it is warming up outside and I still have this reaction. I assumed the dish I chose would change my outlook.

If you’ve ever walked into a store around the holidays and noticed a distinct smell that reminds you of pumpkin and spice, then you know what I mean when I say I was ecstatic to find a chapter “breakfast and brunch of champions” with a Pumpkin Spice Pancake recipe. It was warm, sounded filling and yes, I was in the mood for fancy pancakes. 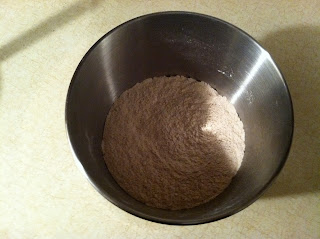 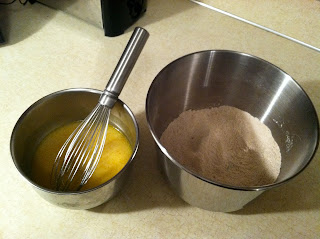 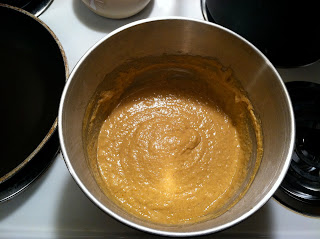 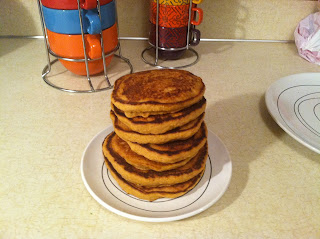 Yes, it was an easy, quick recipe and my nieces and nephew were happy to hear I was making these. They kept asking about them, and I assured each one they would have them for breakfast on their very first day at their new school. We were all excited. However, in spite of the pancakes being very thick and rich, they did not have the flavor we were at all anticipating. They were pretty bland, and the kids did not like them. On a separate occasion when I was making breakfast and mentioned pancakes were on the morning’s menu, I had to reassure my eight-year-old niece it would not be Pumpkin Spice Pancakes. She was concerned. If I make these again I’ll definitely alter the recipe, adding more spice and filling, something to strengthen the flavor. And I do plan on trying more recipes from Blissful Bites eventually — at least the ones I mentioned earlier that really caught my attention, but for now I believe its home may be on my shelf for a while.

Year: 2011
Paperback: 19.95
Genre: Nutrition/Cookbook
Pages: 269
ISBN: 978-1935618515
Thank you, BenBella Books, for providing a copy of Blissful Bites: Vegan Meals That Nourish Mind, Body, and Planet, for this review.
Note: All opinions are my own and honest, and I am not compensated by the publisher!