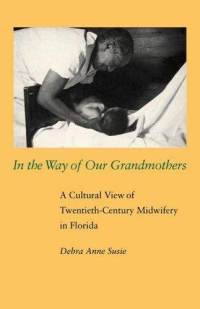 To capture the stories of traditional midwives in Florida State, from 1981-1984, Debra Anne Susie conducted interviews with the last generation of lay midwives who were all affected by the intervention of the state, which outlawed the practice. In The Way of Our Grandmothers: A Cultural View of Twentieth-Century Midwifery in Florida, highlights the stories of women who practiced this sacred tradition before the spawn of laws and before industry replaced this long-established custom.Through mostly first-hand interviews, the midwives (and in a couple of occasions their patients or a close family member) recounted their stories of practicing in Florida. Their accounts largely paralleled other parts of the country, regarding the tradition being outlawed. Debra Anne Susie interviews nearly 10 granny midwives, who spoke about their experience birthing babies and being a charismatic figure in the community.The initial chapters examine this practice and shows us the progression of movement from tradition to industry, as she explains the ‘Community’s View of the Midwife,’ through her disenfranchisement, the State’s view, and the pressure from the state.

The maternal-infant mortality that was part of this larger social issues, and is what originally drew scrutiny to this practice, was not something experienced by Black women. Black lay midwives had very successful healthy birth rates, yet, via state-sanctioned disenfranchisement, the state’s view of  these practitioners was that they were a nuisance, and slowly ridded the region of these women, and subsequently passed the first midwifery law in the state in 1931.

Debra Anne Susie wonderfully explains the relationship arrangements in birth, and examined how the practice moved far beyond the idea of new life. Traditional midwifery was a sacred practice rooted in community involvement and engagement. The generations-long and often inter-generational relationships were so strong, that mostly it was only due to a midwife’s death that a woman found herself going to a hospital — since it was seen preferable than replacing a long-standing midwife of the community. Susie continues to explain the various roles midwives held, including parental figures and spiritual guides, where birth was not only an event which brought forth new life, but the midwife, along with the birthing practice served as a site of empowerment for women, that cultivated female solidarity and strength.’ The stat’s intervention challenged and consequently eradicated this long-standing tradition. In The Way of Our Grandmothers displays how the attitudes of the state viewed the lay midwife as a nuisance, and began pressuring these women, which also inevitably halted their desire to practice. During the ‘Meeting of Tradition and the State’ it was a time fraught with issues of inequity and unfair practices that placed a heavy burden on these women. The state-imposed age restrictions along with transportation costs, and other new policies were a tremendous agent in hindering many from practicing.

In the same tradition as the majority of other lay midwives, a major theme of this text is the role of religion. Most midwives explained that their deep connection to God was a central component in the way they viewed their practice. Being ‘called’ by God regardless of their desire to practice or not was the main influence, and expressed that He is the one who ultimately taught them how to catch babies.

Debra Anne Susie’s work gathers important information from Black women who may otherwise remain nameless in the larger picture, potentially taking years of traditional knowledge and expertise to their graves. However because of this level of importance of input from this group, is why I feel this text is not without significant weakness. The introductory chapters held brief mentions of issues that affect Black women almost exclusively, and Susie noted that segregation that was responsible for even allowing the midwives to practice as long as they did: ‘What hospitals there were in the South were usually segregated, providing care to blacks only for emergencies and, even then, only in hospital-basement arrangements,’ and ‘this segregated environment [is what] bought the midwives some time’ (Pg. 8). Although the significance of other forms of discrimination — racism, age discrimination, class and gender discrimination were briefly discussed in the initial chapters, there was no further exploration on how these issues directly impacted the lives of Black women. Debra Anne Susie’s interview questions mentioned racism only once. “Do you think this bad treatment of midwives is rooted in racism?” (Pg. 198), but failed to give a more detailed account or ask the midwives these questions during the interview, since it was a significant factor of their subjugation and disenfranchisement. I also wish the author would have gone into more detail about literacy, when she briefly inferred some would need to read, but never expanded on this.

In spite of these missing elements, In The Way of Our Grandmothers remains a text that can enrich our understanding, and allow us to engage in conversations about the history of race, gender, and class relations in the U.S., and allow us to gain more knowledge of contemporary ideas as well, to see how this shapes us today.

One of the most interesting things to me is how women entered the world of midwifery. It’s very interesting seeing how many expressed God drew them to the tradition and even taught them how to practice. Some of the midwives didn’t even want to catch babies but ended up delivering hundreds of babies. The most interesting things harbor any ill feelings towards the state for the long standing and prominent birth traditions that were eventually devastated by medical intervention. Also, when I thought about it, from the time lay midwifery was outlawed to the times when women were again returning to natural childbirth without is not that long. It is, however, long enough to devastate a long-standing tradition and turn this natural practice into an institution.

I wonder what was happening in other places across the country and across the world regarding midwifery. I’m new to this idea of exploring the area, but I am beginning to to understand that the desire to return to traditional practices can reclaim that level of community support and automomy that is so important for Black women. As I look around and see so many people returning to homebirthing practices, I do believe that is significant. But beyond that for communities of color, and for Black women who have always occupied an extremely marginalized space in this society, it means forging the relationships with community members, that were once an integral part of our everyday lives. Can this happen inside of a hospital setting? I’ve been wondering how people working in birthing fields can we continue to extract these stories and if it is possible to bring this tradition back or is it too far gone. I think finding ways to regain authority over our own bodies and returning to this practice can . 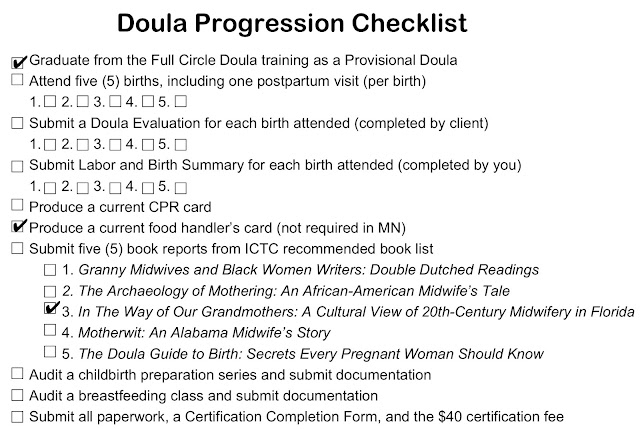 Thank you, University of Georgia Press, for providing a copy of In the Way of Our Grandmothers: A Cultural View of Twentieth-Century Midwifery in Florida, for this review.