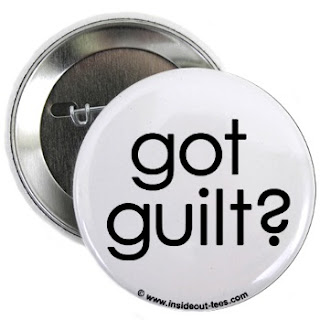 I almost remember the conversation like it happened yesterday, but it was actually 2007 or 2008. I was in my car headed to replenish my supply of skin care products, and was on my cell phone with one of my closest friends. We were talking about abortion and breastfeeding (a conversation where she managed to change my outlook on abortion and free will, btw). When I arrived in the parking lot at the mall the conversation intensified as we began talking about our own ideas on the reasons someone may not breastfeed.

Breastfeeding has never been an option for me. What I mean by this is, during the period in my life when I saw myself with my own biological children, providing anything other than nourishment from my own body NEVER crossed my mind! Not even once. And just a bit more insight on my background, I was also a smoker. Had been for a while — about 8-9 years at that point, when I was thinking of having children. This is not something I’m bragging about, but it’s the truth. I figured since I was planning my pregnancy back then, I would just quit once I found out or right before. That day at the mall I was on the phone with a friend who, because of a low milk supply, did not breastfeed, and who was concerned that by questioning women on why they did not or do not breastfeed it may “Make someone feel bad!” since we don’t know the story. That is when I responded “Sometimes people need to feel bad!” Of course I was not directing this at her, but my intent was to say women who can breastfeed and just decide not to, need to feel guilty sometimes. I recalled that conversation when I read a post ‘Breastfeeding and Guilt’ by Jack Newman. Here is an excerpt:

I agree with all of those things from the article the author stated would cause someone to make a pregnant woman feel guilt. I do believe women who admit to smoking a pack of cigarettes (or even a single cigarette) during pregnancy would be made to feel guilty, in the very likely event she was questioned by her physician. I do believe if she admitted to drinking a couple of beers every so often there is a strong chance she would leave the office feeling guilty. I do believe if a mother admitted to sleeping in the same bed with her baby, even though it is in fact, the best thing for the baby, most physicians would make her feel guilty. Or, if she gave her one-week-old baby homogenized milk, can only imagine the reaction of the physician.

I have given plenty of thought to those things mentioned above, and then some. And I agree with it all –including the tactics of formula companies to try and remove this feeling of committing an offense in order to push infant formula and continue building their empire. I know that there are risks associated with using formula and those have consequences, which is what myself and plenty other advocates are working against. But since that conversation with my friend and while reading this article, I have come to see things a bit differently. It’s not that I don’t believe women should breastfeed their babies at any opportunity, but have begun to understand there is a larger picture that is too often overlooked and extends beyond a woman’s blatant refusal to nurse her child. This is not to say women do not have agency or a mind of their own, but I question those many areas of social inequality I know stand in the way — the ability, culture, structural barriers, literacy, racism, body image issues and many other facets, including lack of support, and question advocates who sit around and point fingers at these ‘perpetrators’ on all their ‘shortcomings’ and wrong-doings, lecturing them on the importance of mother’s milk. I wonder what they, me, you — we are doing besides our continued utterance of how ‘breast is best’? How are we working to tear down structural violence to counter injustice in various forms — to level the playing field?

I not only recognize the role of inequality, but on a daily basis I examine my actions, my intent, and my  adherence of ways I support a structure that fortifies this, and believe this idea comes from a place where I know I play a part in upholding these types of barriers and try to make necessary changes. But simply running around hollering about the benefits of breastmilk, and telling everyone how ‘Breast is Best!’ or making someone feel guilty about not doing so, just doesn’t cut it. The reasons for who is breastfeeding and who isn’t and why needs to be continuously explored through more than just a surface gaze, but through an actual critical examination of those many systems of injustice that continue to occupy that precious space between infant and breast. And question why we continue to allow this. This is just the classic case of a white male unable to think outside of his privilege and recognize the role he plays in creating and supporting barriers. And we mindlessly support him when we point our fingers and attempt to absolve ourselves of the guilt we endlessly try and assign to everyone else. I suggest we direct this energy to create true, lasting social change by challenging the countless reasons behind the disparities.