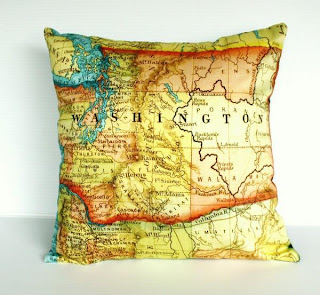 A few years ago for my friend’s birthday, we went on a camping trip to Orcas Island. The campsite she and I stayed at had a restaurant we visited, and as we were eating I remember a woman sitting inside, a couple tables away, with her breasts very exposed while she fed her child. I also remember one of the others with her at the table, a male, glanced around to see if anyone was watching — it wasn’t the kind of nervous or embarrassed look, but a look to see if anyone was watching since she was close to bare-chested is the feeling I got.

I’ve only ever felt anything but just how much Washingtonians pride ourselves on being progressive, liberal, and earthy — we’re pretty granola around here. And though I have been around many who will and have happily whipped out a breast anytime, anywhere to feed their child — especially those close to me me like friends and family, I have to admit I haven’t seen much breastfeeding in public. Now, it is possible that I haven’t really looked for it, until I became the most interested in breastfeeding, which was more recently. But looking at all of the politics and seeing so much anti-breastfeeding in our society I’ve thought about that day in the restaurant and wondered what would have happened if someone, ignorant of infant feeding as a non-sexual act and lacking cultural awareness, would have given this woman a hard time for nursing in a public space — no allowing her baby to finish eating to satisfy its hunger just as all of us were doing in this restaurant that day? Would she have known her rights? If I had known would I have stepped in? Would you? Well, thankfully the woman was able to feed her baby without incident, but this is unlike so many stories I have read about and heard of, where women are constantly harassed and laws designed to protect, often face dissidence.

Of course I know about the laws in other states like Michigan because of the most recent nurse in. The law states you can feed your baby anytime, anywhere in public whether you are covered or not, and it is not considered indecent. And I also know about breastfeeding laws in Pennsylvania because of that questionable mobile breastfeeding unit, the Milk truck that was recently introduced. But as someone who considers myself an advocate in this area, I’m embarrassed to say until very recently, I had no idea about the laws on breastfeeding in the state I live in.

Well, after not too much searching this is what I found on the Breastfeeding Coalition of Washington’s website: On April 22, 2009, Governor Chris Gregoire signed into law a breastfeeding civil rights bill. HB1596 amends the state anti-discrimination statutes RCW 49.60.030 and 2007 c 187 s 3 to add the following civil right: (g) the right of a mother to breastfeed her child in any place of public resort, accommodation, assemblage, or amusement. In simple terms, this means a public place such as a park, fairground, etc.

Though there is nothing that protects nursing women in the workplace, you can feed your baby in public! But what I am wondering is where did this come from ? I mean, if this is a new law, what does it supersede? What was the old one? Was there anything in place protecting nursing mothers?

Just to be clear, I think it is absolutely pathetic to have laws in order to feed children! People go hungry everyday, and making sure we have nourishing meals and are all fed should be our priority! There is no such laws when it comes to feeding ourselves. I believe we need an overhaul in our culture that will produce more understanding, awareness and encouragement when it comes to breastfeeding, so we won’t need to resort to exercising a law to do it wherever, and while I dedicate time and effort, and contribute what I can to this area, here is a just a small way to become informed.

There are resources out there. These sites contain multiple resources and other ways to get you in the know with the necessary breastfeeding information you will need for yourself and for others. This is only  a few resources, and I encourage you to look for others.

As stated these are just a few. What others do you know of? What do you recommend?