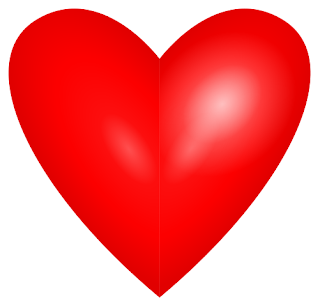 I came across some of what I consider to be the most offensive breastfeeding ‘encouragement’ bumper stickers I’ve ever seen. It’s right up there with the ‘Breast is Best,’ saying — one I have serious issues with, though I’m wondering which is worse. The first one “Breastmilk is 100% Love” obviously infers that providing breastmilk is the epitome of loving a child, and the second, “After all the proven benefits of breastfeeding, it’s hard to believe some people still don’t get it!” may be open to interpretation, that all mothers should breastfeed and society does not ‘get’ that, but judging from the theme of the site where I found these, I’m going to go out on a limb and say its creator relegates formula feeders as people who just don’t have a clue.

Aside from being completely asinine in their thinking, the makers of these couldn’t be more wrong. First, they make it seem as if breastfeeding is simply the mechanics of putting a baby on a breast, only involves mother and baby and that there are no outside forces that interfere with rates in initiation and duration. And it absolutely blows my mind to think that someone would actually view breastfeeding as a marker of a woman’s love for her child. Hell, both of them make my blood boil. Some people don’t get that outside forces are the largest hinderances in breastfeeding disparities — racism, class elitism, insularity, prejudice, white supremacy and a slew of others, including support from society, or excuse me, the lack of. I’d be interested in knowing when the creator of that message put in some time to dismantle the inequality that’s rooted in many women’s ability to ‘get it’ — to get a baby to her breast, or how have they placed themselves in situations to combat injustice so the playing field is leveled. Breastfeeding is more than a baby and a tit.

I want to work on increasing breastfeeding rates just as much as the next person, but it won’t happen through falsities like the ones in these messages. I recognize that looking at the surface — at why some women are and some are not breastfeeding is just that — looking at the surface. And in order to get to a place where we can all have an equal opportunity and access to information and resources, we must understand that statements like this do nothing at working on what truly needs addressing — changing the foundation, the structure. Once that’s understood and smoothed out, then maybe we’ll be able to make judgements on love and breastmilk. But I have yet to meet, or hear of a woman who does not love her child 100%, or who doesn’t want the best for her baby — whether the infant is at the breast or the bottle. Some people don’t get that, apparently.