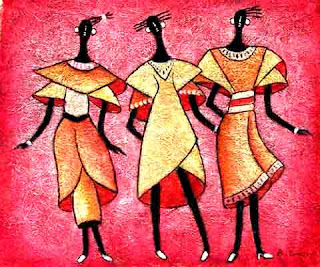 I came across a video by the exceptional Johnetta B. Cole who, over the past while, has been on my list of women I most admire. Now, I do have my biases on why I refer to her this way, and admit some of these come from being exposed to her work as well as her long list of accomplishments. She is unbelievable. And phenomenal, which is why I’ll use some space on this post to express how amazed I am with such a brilliant figure! For starters she has served on several boards, and even though I have serious all-around issues with Coca Cola, there’s something to be said about being the first woman ever elected to their board, which she was. She was also the first female president of Spelman College — an all-woman’s school — a position she held for 10 years, from 1987-1997, and while under her watch the University was listed as the number one HBCU. Not surprising. In 2004, she founded the Johnetta B. Cole Global Diversity and Inclusion Institute at Bennett College for women, whose mission was to “Create, communicate and continuously support the compelling case for diversity and inclusion in the workplace and the “worldplace.” She has reinvented herself several times in spite of society’s views on women after a certain age, and is currently the director of the Smithsonian National Museum of African American History and Culture in Washington, D.C. Of course there’s countless other accomplishments I could add, but saving the best for last (if at all possible here), she is a Black Feminist Anthropologist, who has both an MA and PhD in the discipline, and her first teaching job after graduation, was right here — at Washington State University! So as you can see, my praise for her is biased, but rightfully so.

I have found several of Dr. Cole’s presentations and speeches online, and the first thing that always stands out to me, regardless of the forum, is how captivating her messages are, and how she engages the crowd with such meaningful, insightful and impacting words. When Dr. Cole is on stage, her slow, southern drawl and carefully enunciated words like hypnosis draws you in. And you listen. During this talk, she used a Biblical story in order to highlight ways to enact change on a more proactive and progressive level — by practicing what she learned is the ‘Noah Principle.’ Of the many things that are at the base of this theory of being more proactive in taking care of ourselves — our physical, mental and spiritual well-being to be at our best when in ‘rough waters’ and challenging situations, having confidence in what we do as women of color and giving our all at the things we do what stood out to me the most was about allies and finding ways to assist each other:

“We Women of color must insist, as happened in the story of Noah, that we’re get on board at least two-by-two. If you are in a position of power in a corporation, then it is your responsibility, my sister, to do all that you can to bring other sisters on board. And once that new sister of color is on board don’t you dare leave her by herself. Be her mentor. Be her sponsor. Or help her to find one.”

Although Dr. Cole is speaking to a room full of women of color who are navigating through the world of corporate America, the message she conveys is not only relevant in other sectors, but it is necessary and should be framed in order to address the issues of the particular audience. The idea of mentorship and responsibility towards others stood out to me because lately it’s been on my mind quite a bit. Of course I’ve seen too many times — in education for example, when people are looking for advice and no one offers assistance. But lately I’ve seen this even more in Black breastfeeding support. I’ve been in conversations with people who’ve complained about the inability to find help in promoting and increasing the numbers of Black women who breastfeed — that they have reached out to members of our community — to well-seasoned breastfeeding advocates, for information and guidance on building their approach towards social change, only to be turned away and ignored.

Aside from a single incident of not receiving a response when I asked for input from someone to support an event, I have been extremely fortunate from day one of my advocacy. At first I didn’t have a clue what to do about breastfeeding promotion, and called La Leche League and other organizations and even though I wasn’t qualified because I don’t have any children, people were definitely interested in at least hearing me out. Others, who were not necessarily here in my locale, were happy to offer information and point me in a helpful direction. When I first contacted the State coalition here, not only was I greeted with enthusiasm about my endeavor, but since that day the manager has always shown a willingness to help me find info, keep me in the loop on local, state, and sometimes nationwide happenings, but has been helpful in introducing me to others who not only share the vision of promoting breastfeeding among women, but who can also understand me on a more personal level and who put their greatest efforts towards Black breastfeeding support. I am now at the point where  others are asking me for the same information I once asked — “Where do I begin?” And what I’ve said about those who’ve help guide my path I want them to say about me.

I know the road isn’t easy. In fact not only is it not easy but often times it may feel as if it’s a long, arduous trek uphill. Because it is a long, arduous trek uphill. It is pathetic at least, to have to promote the natural ability of a woman to feed her child from her body, through activism, writing, laws and legislature and other policies. But we do it — to contribute to the health and well-being of our community, and keep our children free from the milkshake of chemicals that is infant formula — to save our lives. For ‘twofers’ — Black and female, it also encompasses the grueling task of not only combating the overarching message society gives against breastfeeding, but sexism, racism, class division and other isms and phobias we encounter. But it is these exactly which underscore the importance of building allies and remaining available to others working towards the same goal. As advocates, it is our responsibility to mentor and sponsor our community members on their path to Black breastfeeding advocacy, and when we feel we can’t relate find someone who can. Or be accountable for the role we play in supporting disparities.

Dr. Cole emphasizes we “stop talking about floods and start building arks!” Finding ways to fix the issues happens by working together — to stay afloat during this ‘torrential downpour.’ We’re are responsible for bringing others on board — to challenge issues at their core and foil the devastation on our community — and lift as we climb. Because we are, each of us, our sister’s keeper.