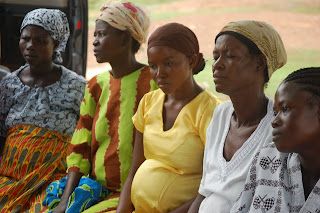 I have to admit I was at least envious when I read this recent article on involving an anthropologist assisting with breastfeeding research. Jim McKenna is a professor of anthropology and director of Mother-Baby Behavioral Sleep Laboratory at the Univeristy of Notre Dame, and recently received an invitation to become part of a project focusing on the disproportionate amount of Black women who are not breastfeeding. I ran across the article last week titled McKenna Researches Breastfeeding. The university paper explained why this anthropology professor was asked to join in on a research project initiated by WIC (Women, Infants, Children), and the local hospital for the project “Health Disparities in St. Joseph County: Understanding Why Black Women Don’t Breastfeed.” McKenna will apparently take part in a series of focus groups to find out — well, why there’s such disparities in breastfeeding among Black women.

I’m all for Black women breastfeeding — Hello, that’s why I’m here. Actually, I’m all for any woman breastfeeding! And I don’t want to portray any type of negative feelings towards this research, since I think it’s such a great idea to involve anyone we can to help end these disparities. I also am in no way suggesting this project, or the efforts of WIC, St. Joseph’s Hospital, or Dr. McKenna are not sincere, or that they have any intentions of wrongdoings. Not at all! But the white male researcher, Black women researched dynamic has me thinking.

There has been a history of research done on vulnerable populations, and especially those involving People Of Color — even more specifically, there has been research done on Blacks that yielded very tragic outcomes. There is also the idea that misrepresentation in various settings  is one of the main causes for these disproportionate numbers of nursing Black woman, as we know if we look around in the different breastfeeding areas. There’s also the idea of the white savior coming to save the day, which may hinder this research. These are just some of the things I thought of when reading about this project.I have no doubt that Dr. McKenna is well qualified to conduct focus groups and to make a substantial contribution to this area of research. He also has snaps from me since he is an anthropologist — not that I’m biased or anything (wink). I firmly believe an anthropological approach is key not only in the area of breastfeeding but in many other areas of society, but I am just very curious to see who else will be on the panel and behind the scenes.All in all I am happy to see the subject of breastfeeding among Black women make some kind of headlines, since it raises awareness. But I still believe my thoughts on this are valid, or maybe I’m thinking too much; it has happened once or twice, ya know.