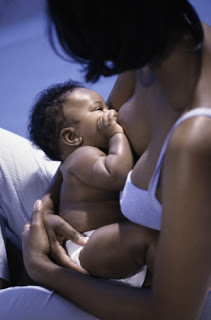 I can’t remember who tweeted or re-tweeted this. All I remember is that it came through my twitter feed not too long ago, and it got me thinking about others. The first article I saw was on Nordstrom converting your regular bra into a nursing bra for only 10 dollars — adding that it is not necessary to have purchased it from the Department Store in order to do this. Because of that post, I wondered if there were other places that did the same, so I did a quick google search and found some sites that are DIY and give step-by-step instructions that don’t seem too complicated. Here are a few:Nursing Bra Tutorial
How to make a regular bra into a nursing bra

Convert A Regular Bra Into A Nursing Bra

Even though everything I’ve heard has told me how comforting and convenient it is to have a nursing bra, I know there are many out there who cannot or do not get  them largely because of their price — bras are expensive in general so it’s awesome to see this. So for all bra-wearing nursing women out there who could benefit, and I imagine that pool is probably large, in my opinion this information is fairly sweet.