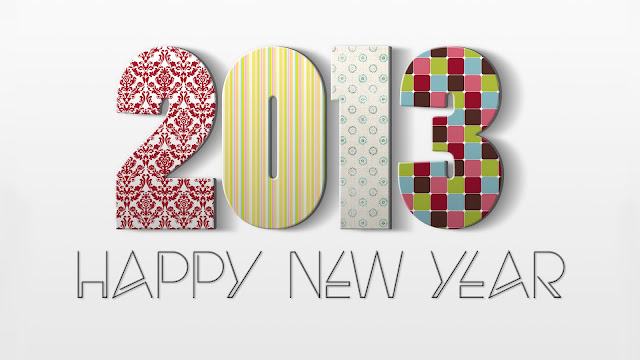 I just wanted to write a quick post and greet everyone for the New Year!

As I’ve been reflecting on the past 365 days, I’m pretty amazed at all of the things that have gone on around here. 2012 was intense. It brought about new excitement, insight and revelations for me. For starters, even though I initially believed that becoming a Certified Lactation Consultant would be the way I would advocate and challenge social inequity through breastfeeding support, my vision became much clearer and I realized that is not part of the plan that is laid out for me, since I realized my heart is not in consulting and believe my effectiveness in working towards social justice will be farther and wider reaching on a different avenue. I became a member of two new breastfeeding coalitions this year — BCW and ROSE (Reaching Our Sisters Everywhere), as well as a midwifery organization, where I trained as a Full Circle Doula to decrease the high rate of maternal-infant mortality among Black women. I also joined an anti-racism breastfeeding committee organized by the BCW, as well as attended two nurse-ins — one at Target and the other at Applebee’s — because I give a sh*t. At a national breastfeeding summit in Atlanta, Georgia, focused on finding ways to increase initiation and duration rates among Black women, I spoke about looking beyond these normalized breastfeeding protagonists but take a critical look at the unique and complex history of Black women in this country –and engage more community members who are interested in challenging socio-political inequity, structural violence and cultural insularity — and redefine Black breastfeeding support. I helped build a national database dedicated to increasing the ability of business owners to cater to women who express milk on the job, received a Certified Lactation Educator certificate right before my birthday, opened an online Zazzle store I refer to as the ‘Anti Breast Is Best Shop’, and created items dedicated to raising awareness around structural and systematic oppression in breastfeeding, and moving away from idealism. From the shop’s profits, for the first time made a donation in the name of this blog to an organization that caters to low-income pregnant women. I attended my very first breastfeeding legislation meeting at Seattle City Hall, and stemming from that it is now illegal in the city for businesses to ask women to cover up while nursing, I continue to help plan a Big, Bad Breastfeeding Summit addressing racism, white privilege and power that will be happening in June, helped spread the word about the politics of breastfeeding in the Black community on two different occasions on the Queen Ifama Show — the first earlier this year and the second just recently. I was selected to speak at the Breastfeeding and Feminism Symposia this coming Spring in North Carolina, where I will, of course spread the word about breastfeeding and Black Feminism. Surprisingly and thankfully, I finally discovered that indeed Black Lactation Consultants actually DO exist in Washington State, published my 100th blog post, but in the meantime pissed off a whole lot of people by writing ‘against the grain’ and was, for a minute, banned from facebook for it. DAN-GER-OUS! *wink*. Even still, the number of people who subscribed to the LjB doubled in 2012 from 2011. Finally, with family and friends, I celebrated my great nephew’s first birthday, my third year of being smoke-free happened in July and I set the wheels in motion towards greater endeavors in education.

I can’t say there were not times — often — that I didn’t want to throw in the towel. I feel as if I get so entrenched in what I do that it seems to overtake me. Recently, someone told me “you can’t take the weight of the world on your shoulders.” But even though I’ve had those moments where I wanted to quit every other day or more frequently because there are so many challenges, there was always something that kept me going. I usually recognize this as my promise to my foremothers, foresisters and others who came before me. For those who were met with hostility and even death for attempting to speak out, for being caught learning how to read or for various other ways we too often take for granted. When I learned about the history of Black women in this country, I promised I wouldn’t remain silent — that I would give my best to voice these women and shine a light on their lives and work towards challenging injustice. I would repay them. The universe chose this recompense be through breastfeeding support. Within this area, I can examine the inextricable link to areas, of racism, sexism, health and wellness, dominance, culture, class elitism, family structure and countless others, through a historical and contemporary framework, and on a local and larger context. And with anthropology, add an additional and extremely rare dimension to Black breastfeeding support.

I remain here because of those from long ago — who, without the simple act of survival, I would not be here today. I do so for those who stand next to me now and cannot speak, and in solidarity with those who do, and I help set the stage for those who will one day take my place. None of this possible without the support and encouragement from others who just know and understand. For me, the strike of a new year does not mean I start over. I only continue, and I’m excited about what lies ahead. Have a happy, safe, prosperous, healthy and glorious 2013. And thank you for being a part of this journey.