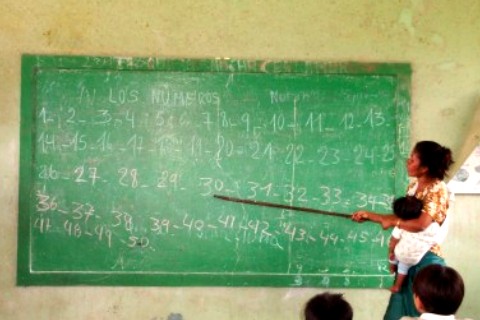 I’d been thinking about the recent uproar over the nursing anthropology professor at American University. It’s hard not to; the story is plastered over just about every media outlet that is and is not related to breastfeeding. I also listened to a short conversation on the NPR show Tell Me More, where three women along with the host, gave their opinions on the topic — a couple varied, but they all seem to support the idea of breastfeeding. 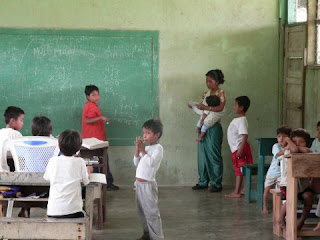 I got the images in this post from a Lactation Consultant who has done work in Ecuador, where they were taken — a place where educators frequently bring their babies to class, just like the one you see here being worn and carried around by its mother. When this baby gets hungry or fussy during a lesson, it will be breastfed — yet instead of the instructor receiving incessant requests from the press wanting to discuss the ‘incident,’ being ‘told on’ on twitter for her child receiving milk in front of the classroom, having students drop the course or having to go on the defensive, no one says a thing. Why? It is part of normal activity there and in many other places outside of the U.S. Nursing a baby anytime, anywhere, is only inappropriate in anti-breastfeeding cultures. Take note, America.

2 thoughts on “Is Breastfeeding While Teaching Inappropriate?”