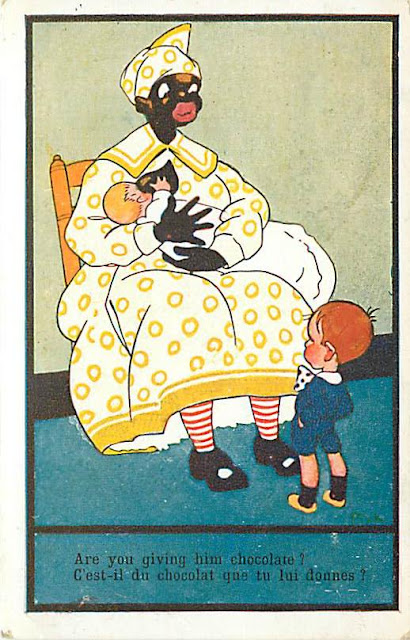 I’ve heard this argument before and have read similar, but I stumbled upon this article recently that is from 2009. The author doesn’t go into much detail about her theory on why she believes slavery may be the reason Black women have lower numbers in breastfeeding, but here is a small excerpt, and of course you can read the full article here:

To get to the bottom of this breastfeeding business, it’s important to go back. Waaay back. A long time ago, black women were notorious for nursing. In fact, slave owners used and purchased black women as wet nurses for their own children, often forcing these mothers to stop nursing their own infants to care for others. “On the one hand, wet nursing claimed the benefits of breastfeeding for the offspring of white masters while denying or limiting those health advantages to slave infants. On the other hand, wet nursing required slave mothers to transfer to white offspring the nurturing and affection they should have been able to allocate to their own children,” writes historian Wilma A.Dunaway, in the book The African-American Family in Slavery and Emancipation, published by Cambridge University Press. And since breastfeeding reduces fertility, slave owners forced black women to stop breastfeeding early so that they could continue breeding, often to the health detriment of their infants, Dunaway writes.

Now, one of the legacies of slavery is the severe social inequality in economics that still has a large impact in Black and communities Of Color today, and the article talked about the belief that breastfeeding is for poor people — an idea still situated in many communities.

Breastfeeding is for Poor People

But there’s more to our story than breastfeeding interrupted at the hands of slave owners hundreds of years ago — though many may argue that some vestiges of slavery still exist in the mindset of the black community. Aggressive marketing by the formula companies in the 1930s and 40s made formula-feeding the choice of the elite — “the substance for sophisticates” — white or black. And who doesn’t want to be like the rich and famous? That marketing continues to this day, down to the formula company-sponsored bag of goodies you probably received on the way out of the hospital. Then there’s something I call the National Geographic factor — that is, most of the images we see of black women breastfeeding are semi-naked women in Africa whose lives seem so far away from the African-American lifestyle and experience.

“‘Breastfeeding is for poor people,’ my mom once said to me,” explains Nicole, a 37-year-old mom from New Jersey, who breastfed two children for a year. “My mom is a very progressive woman, but this was the thinking of her generation. I couldn’t believe it.”

Well, Black women DO breastfeed! But there is no denying our numbers could use a drastic increase, which is why I want to start this conversation here. Do you believe being enslaved and forced to feed a white slaver’s baby left a legacy and is the reason for our lower rates? Does the image above (that I found on a postcard for sale on eBay) hit a nerve with a tradition of being mocked? Or is it more advertising? Is there more to the story? Well, I have my theory and believe it can be all and neither and more, and I will be getting into that. But for now I’m eager to hear your thoughts.

11 thoughts on “Is Slavery Why Black Women Aren’t Breastfeeding?”