I recently updated my bookshelf with texts I’m currently reading, plan on reading, what I recommend, and I even put a few that are on my wishlist from amazon.com on the page. I just finished The Immortal Life of Henrietta Lacks — about a woman I think every living soul should learn about because we have all been impacted by her and her immortal cells that were taken without her knowledge and transformed the medical field — and has saved many of our lives. Also, because I’m working towards Doula Certification, I just started The Doula Guide to Birth, in order to give a report/review, which I’ll post here once I’m finished and I’m also flipping through The Radical Doula Guide.

I try and find as many texts as I can that are written by Black women anthropologists, to add to my library, and to highlight their work. I believe the tools of this discipline provide ways of viewing culture and society and are phenomenal in exploring new ideas and possibilities. For example, because anthropology means ‘the study of humankind in all places and all times,’ and is concerned with all aspects of humanity now and in the past, it offers a holistic perspective and goes below the surface of what many are used to seeing. Also, because one the primary tools of cultural anth is ethnography (writing culture), it usually means living among or deeply interacting with a group for a specified amount of time, participating in their ways of living (participant observation) and learning the intricate details. Much more in-depth than a regular study. It adds another dimension.

The awesome thing that’s been happening for me, is that not only do I notice more and more texts by Black women anthropologists, but I’m finding more and more who have produced work on breastfeeding and birth — well, at least birth, but breastfeeding comes up at some point in the conversation, of course. I know I’m newer to exploring the reproductive realm than many, but from the looks of things it doesn’t appear to be a lengthy history of us writing on the topic. And I have yet to find a text dedicated exclusively to breastfeeding — except for the one I’m working on. I’ve mentioned before that the last time I heard there are only about 600 practicing Black anthropologists in this country. And a Black woman anthropologist is rare. So I’m so happy to come upon whatever I can.

The first two are ones I’ll be reviewing on this blog in the near future and the last two are on my wishlist. They’re not focused on mechanics, but look at underlying areas of culture, reproduction, health and politics, and are, well. . . . ethnographic. The first is written by a local right in this town, who I had no idea even existed until more recently when someone named her a ‘Shero’. I think it’s the craziest thing that I can search high and low for Black women in this discipline, and someone else points to one who’s practically my neighbor. How does that happen? 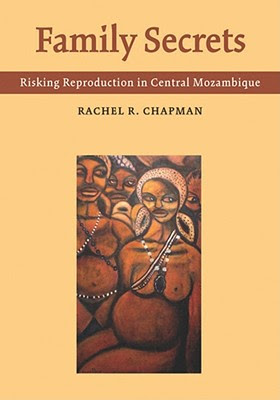 Family Secrets: Risking Reproduction in Central Mozambique, is the ethnography of Rachel Chapman, PhD, from her research site, and one I’m so excited about. Dr. Chapman is a Sociocultural Anthropologist and professor at the University of Washington, who focuses on medical anthropology, racial and ethnic disparities in reproduction along with others — and who also teaches Global Health. I spoke with her recently, and talked about breastfeeding, anti-racism, anthropology, and about some thoughts I have about my work in this field, and had a fascinating time discussing these topics with her. And from someone whose work is closely aligned with mine, and who understands what it’s like being only one of a handful in this discipline, she was very encouraging, and of course I savored the many things she said.

I took a peek inside of Family Secrets, and read a small, fascinating section: “When My daughter, Solea, was born seven months earlier in a clinic in Harare, Zimbabwe, the two Shona midwives assisting my birth had gently tried to dissuade me from putting her immediately to my breast to nurse. They advised me to have a shower first because I was “dirty” from the birth. By ‘dirty’ they meant unclean not so much from the bodily fluids of my exertion as from the liminal, potentially dangerous journey to motherhood I had just come through. I was “hot” from this sacred and highly charged rite of childbirth and might pass that heat through my milk to my infant, making her sick.”

Here’s the excerpt from Amazon:

Behind a thatched hut, a birthing woman bleeds to death only minutes from “life-saving” maternity care. Chapman begins with the deceptively simple question, “Why don’t women in Mozambique use existing prenatal and maternity services?” then widens her analysis to include a whole universe of cultural, political, and economic forces. Fusing cultural anthropology with political economy, Chapman vividly demonstrates how neoliberalism and the increasing importance of the market have led to changing sexual and reproductive strategies for women.

Pregnant herself during her research, Chapman interviewed 83 women during pregnancy and postpartum. She discovered that the social relations surrounding traditional Shona practices, Christian faith healing, and Western biomedical treatments are as important to women’s choices as the efficacy of the therapies. 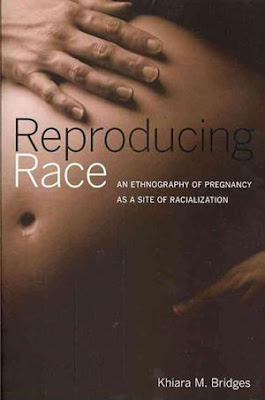 Next is another ethnography by Spelman Alum, Khiara M. Bridges, who just so happened to also be valedictorian of the university (after she finished a four-year degree in only three, that is). She is also an anthropologist and lawyer — Associate Professor of both, a professional classical ballet dancer, and speaks fluent Spanish and some Arabic. Yep. Wow! I just happened upon this book recently, along with a video that provided the details above about Dr. Bridges, while researching and I’m so glad I did.

Reproducing Race: An Ethnography of Pregnancy as a Site of Racialization was published in 2011, and her research site was here in the U.S. — in New York at an ‘Obstetrics clinic in a public hospital in Manhattan.’ Dr. Bridges says the issues around reproduction and race are far more complex than simply focusing on skin color. Here is the blurb from Amazon:

“Reproducing Race, an ethnography of pregnancy and birth at a large New York City public hospital, explores the role of race in the medical setting. Khiara M. Bridges investigates how race–commonly seen as biological in the medical world–is socially constructed among women dependent on the public healthcare system for prenatal care and childbirth. Bridges argues that race carries powerful material consequences for these women even when it is not explicitly named, showing how they are marginalized by the practices and assumptions of the clinic staff. Deftly weaving ethnographic evidence into broader discussions of Medicaid and racial disparities in infant and maternal mortality, Bridges shines new light on the politics of healthcare for the poor, demonstrating how the “medicalization” of social problems reproduces racial stereotypes and governs the bodies of poor women of color.”

Risking Reproduction and Reproducing Race are highlights of this month for me. If you’re considering looking into these, reading ethnographies are usually very accessible, and an in-depth knowledge or social science background is not necessary at all. I’ll be super excited if you decide to read along, so let me know if you will be doing so. I am looking forward to exploring these, and can’t wait to publish their reviews.

These are on my wishlist.

African American Midwifery in the South: Dialogues of Birth, Race and Memory by Gertrude Fraser, says that “Starting at the turn of the century, most African American midwives in the South were gradually excluded from reproductive health care. Gertrude Fraser shows how physicians, public health personnel, and state legislators mounted a campaign ostensibly to improve maternal and infant health, especially in rural areas. They brought traditional midwives under the control of a supervisory body, and eventually eliminated them. In the writings and programs produced by these physicians and public health officials, Fraser finds a universe of ideas about race, gender, the relationship of medicine to society, and the status of the South in the national political and social economies.” 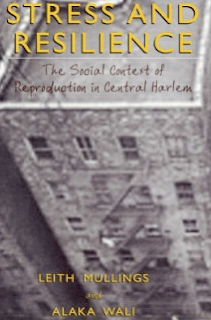 Stress And Resilience: The Social Context of Reproduction in Central Harlem is by Columbia Professor, Leith Mullings, and is a ‘ground-breaking volume [that] chronicles the unique experiences of black women that place them at higher risk for morbidity and mortality – especially during pregnancy.’ I won’t go too much into this work of critical medical anthropology, because Leith Mullings appears in the video below speaking at the Scholar and Feminist Conference at Barnard College about ‘Race and Stratified Reproduction’. It is only a a short one, but if you follow the YouTube link you can find more on her work about Stress And Resilience, and others.

A short video by Dr. Mullings

Far from being anywhere excited about hearing of even more inequity among Black women, I am happy that these will undoubtedly provide information that will allow for a new way to see things, and add an additional tool to use in challenging social issues that weigh heaviest on Black women and communities of color, and once I get them, I will be sure to let you know. African American breastfeeding, birth, doula, anthropology