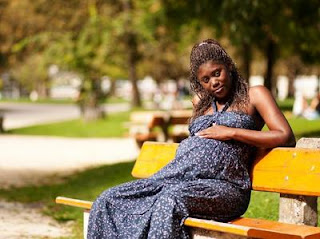 If you ask anyone who knows me, they’d tell you besides anthropology, one of my favorite subjects over the past while is breastfeeding. I’ve found myself slightly obsessed with human lactation over the past while, and no, I’m not afraid to admit it. But as much as I love and can talk mother’s milk for hours, I have not reached a point where I’m brave enough to approach an obvious pregnant woman and strike up a conversation about her feeding choice. Or, when I see a — especially a Black women with a small infant who is using a bottle (like I have on several occasions), muster up the courage to ask why and to get her thinking about her own milk supply.

Don’t get me wrong, I’m not the least bit shy and when I’ve found myself in situations with someone (like the woman in the store yesterday), who looks so ready, and everything in me wants to approach her, strike up a conversation that will of course lead to some type of session about breastfeeding and all the benefits and how important it is, I just cant.

I always find myself in numerous conversations with strangers over the years, but it’s usually after someone has started talking, or there is something we are both focused on — “When is the next bus arriving?” — something fairly mundane. I have yet to imaging myself walking up to someone on a park bench and start talking milk.

I think the problem is that I sometimes feel my conversation would come off as being invasive. I wonder how I would feel if, after speaking to someone for just a few they asked me “So how do you plan on feeding that baby?” Personally I don’t think I’d mind, but that’s just me. And of course how a woman feeds her baby is important. Needless to say I’ve been working on garnering up the courage, so I’ve decided to look for a pinback button that says something along the lines of “Ask me about breastfeeding!” or something of that sort. I’ll see how that turns out, and maybe it won’t be that difficult after all.