Having this plant really means a lot to me. I got this from friends of the late, great and renowned anthropologist, Dr. Pearl Primus. In 1990, Dr. Primus gifted this type-of-a-sanseviera plant, native to West Africa (which I’m sure she picked up on one of her many trips there), to her friends — who would later author a book on her life, The Dance Claimed Me: A Biography of Pearl Primus, to tell how she challenged social inequity and racial injustice through education and dance anthropology. 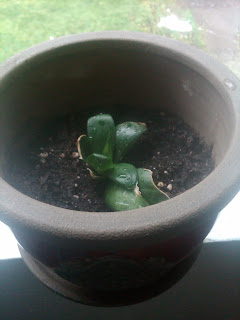 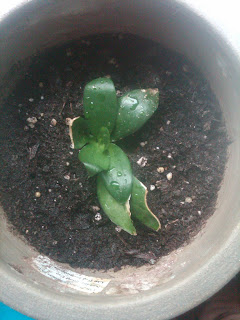 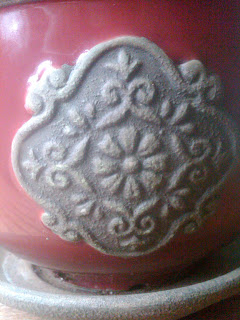 After I read the text that worked up the most insatiable appetite possible to know more about Dr. Primus, and had already rendered her a major ‘Shero’, I became acquainted with one of the co-authors of The Dance Claimed Me, who I eventually got this plant from. It is offspring from that original gift, — an ‘indestructible’ plant and because of that characteristic is said to be good luck. It has been growing, reproducing and being shared for the past 23+ years. Except for that it wasn’t growing — for me, at least.

When I first received her (yes, my plant has a gender) almost one year ago, I placed her in the kitchen and watered her every two-three days. But that didn’t work. Last Summer, I talked to someone, who suggested I “clean her up” by removing the dead leaves that had begun accumulating because she just wasn’t thriving, and my sister suggested putting her in new soil. She bought me the cute planter that you see in the picture, along with a bag of nutrient-rich soil, and after I repotted her, initially I thought she was an outdoor plant, so I sat her outside, which ended up being a bad idea! Something took a huge bite out of her and she has even fallen over twice, breaking her leaves — and still wasn’t growing. My feeling have been continuously hurt over what’s happened to my plant, along with her ‘failure to thrive’. When I brought her inside and made her new home in the window sill is only when I began to see a bit of growth last year — but then the cold season came and that was the end of that. Now, it’s finally Springtime again, and we have as much sun as one can hope for around here, so I’m hoping she will begin to do some blooming over the next number of months. I check on her daily, and make sure she stays hydrated and well-fed, so I’m looking for something amazing, so keep an eye out. And if you have any suggestions at all for how my brown thumbs (literally and figuratively) can get her to thrive, then please let on.

Dance is my medicine. It is the scream which eases for a while the terrible frustration common to all human beings who, because of race, creed, or color, are “invisible.” Dance is the fist with which I fight the sickening ignorance of prejudice. It is the veiled attempt I feel for those who patronize with false smiles, handouts, empty promises, insecure compliments. Instead of growing twisted like a gnarled tree inside myself, I am able to dance out my anger and tears. – Pearl Primus, 1968