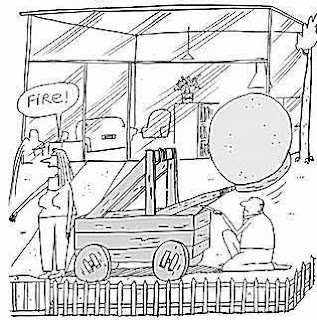 Well, apparently I’m a racist, hateful and clueless Bitch, who just doesn’t “Get it!” according to the near 60 people who chimed in. Keep in mind this was before one of the admins of the Target Nurse-in page deleted the article I attached to the facebook wall — which is truly unfortunate, or I’m sure there would have been more ‘words of wisdom’ with my name doused in blood all over them. And that’s exactly what I told them in a second post on censorship, encouraging them to look outside of their normal viewpoint just before that was also deleted, but not before a threat to kick me off of the page entirely. But that’s OK, since I guess it’s all part of the process. I’ve been called worse, and being labeled a racist is the least of my concerns.

The blog post last week on infant formula as a prescription and its implications — which is perhaps an understatement, or I most likely would not be writing a successive on the topic (Something I chose only to do because of a friend’s comment, btw. Thanks, L). More specifically, it was an article dealing with infant formula as a prescription — where someone suggested they were in the process of starting a petition that required infant formula be available only via a Dr. or someone authorized to practice medicine. Yes, Enfamil, Similac, Good Start, Nature’s One, K-Mart, Costco — and any other brand that comes to mind, would require a Drs visit, co-pay, written prescription, a trip to the pharmacy, and any other implications you can think of. But that’s not all. They also suggested this medical source provide the ‘low down’ on the formula to the recipient — a consultation. Something of that sort.

As I said before I’m sure this person was nothing but well-intentioned, no doubt. But expressing distaste for this was not a very popular thing to do, as many let on. At least not through the lens I did it. And to top it off I “had the audacity” to bring race into an area “where it doesn’t belong,” according to one comment  — as if no one’s ever talked about breastfeeding and race before. But apparently I was the only one who decided not to gloss over the situation and cut straight to the chase about the outright injustice in this suggestion — or saw how such a measure would not work towards liberation, getting us to a place of true justice and equality and allow us to make informed decisions, but would only support a micro scope of the underclass, with a power dynamic fueled largely by the system of racism, sexism, classism, and white supremacy.

Now, I’m not apologizing for — nor do I for one moment regret writing that article (let’s not get it twisted), but I found it interesting that from all the racket generated, not one person examined the underlying content before they started in on the attacks, fueled by their emotions, or paused for one second to see how they continuously support it — the unbalanced power structure. No one mentioned how this increasingly institutionalized system is fortified with our awesome ability to overlook what’s right in front of us. And how this intersects the realm of breastfeeding, which inevitably plays a part in who does and does not have access to this natural benefit they’re so passionate about; one they protested for when their right to do so freely in public spaces was threatened — a stand I also took, which is what brought us all together in this cyber meeting place.

Not one person mentioned the social scale that operates under the auspices of whiteness, one that measures everyone by a white aesthetic, and how this is normalized in our society and internalized by countless others. No one mentioned how white bodies have been predominately celebrated in society, and how white women have historically and contemporarily been lifted on a pedestal and signified as the one true marker of beauty even in the breastfeeding realm and breastfeeding texts — while women Of Color are constantly demoralized, our infant feeding traditions made invisible, and our bodies stigmatized. Or how Black women continue to be regarded as unworthy and immoral — along with our so-called inability to find husbands, and keep a partner. No one criticized the role whiteness plays in affording unfair advantages in society dealing with education and employment, access to resources and other “privileges” such as not facing such types of discrimination which leads to jobs, and those jobs lead to access — health insurance, which would cover the cost of infant formula and those other “luxuries” associated with it like co-pay, transportation, gas money. No one talked about how the demonization of NON-whites extends to our households and how this racialized oppression affects who is even in the home, and renders who is afforded the ability to sit around and think about nothing more than nursing a baby. Or who’ll be vilified when the culmination of personal stress from social hardships and other disadvantages that hinders a woman’s ability to provide breastmilk, when infant formula becomes commodified, then contraband. Or not stopping to think of how these favoritisms based on race and class is what allows someone from such a privileged positionality to even suggest such an request, and stopping to gauge just who could make such a suggestion and who can’t. Who this would benefit and who it won’t. Which communities this would affect most and which ones it won’t. And I went “too far”?!

Constructing an image of a privileged white family from this hypothetical law on infant formula provided the opportunity to open up dialogue on the way our society is fueled by color and culture contention, injustice and inequality, and how this affects our overall breastfeeding outcomes. I’m not saying everyone can identify with an image of privilege to such an extreme as driving around in a BMW, living in a large home, having a maid and not having to work. Nor am I saying many who face hardships cannot advocate mother’s milk. I’m not even suggesting that women and people in these communities Of Color are not staunch breastfeeding proponents who do not have access to resources or who may even be in favor of such a measure, as some are, I’m sure. But what I am saying is the role race and privilege play outside of the breastfeeding arena is dealt the same hand inside, with discrepancies that would weigh heaviest on the most vulnerable members of our population — the people who fall the furthest OUTSIDE of the so-called ‘normalized trajectory’. And overlooking this does nothing except continue a cycle of domination that will not enable us to work at the foundation, leveling the playing field, making it possible for all to have equal access to resources and information that would enable everyone to become agents of their own change; these changes which would lead down a road of true empowerment that increases our knowledge and understanding, breasfeeding rates and inevitably the holistic health of our communities. Being pro-breastfeeding does not mean anti-formula. We must look at a larger picture.

I’ll post this over at the Target Nurse-in page of course, and they’ll get mad and call me names right before they delete it and me, no doubt. However, I’ll stand firm on my belief that it is only through the continual examination and critique of the ways racism, class elitism, white supremacy and any other system of oppression that lurk deep at the foundation of our society and interferes with our ability to appreciate other people, colors, and cultures outside of our own, is when we will truly be able to make greater strides in our breastfeeding endeavors. And, as Zora Neale Hurston, a woman who I have come to know and fiercely admire, once said and something I have internalized; “If you are silent about your pain, they’ll kill you and say you enjoyed it.” I won’t stop talking!

11 thoughts on “Prescription Infant Formula, and White Privilege and Inequality. OH MY!”