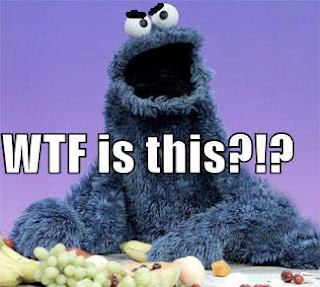 I won’t even post an image here because I’m just all kinds of grossed out! So here’s a link and you can see for yourself the hideous thing that gave me goosebumps and forced me to have a shot of rum. There’s even a video on YouTube, where you can sit around and watch it drip milk in the presence of kittens, which I guess is part of the stimuli said to trigger the production.

Well, it’s definitely unlike any other, and I would love to know what possessed its designer, Christine Chin, to come up with a pitcher/jug complete with nipples surrounding the piece — its even got hair at the bottom. To me, it’s not one of things that make you go “hmmmmm,” but “what the hell was she thinking?” I’m almost sorry I found this while on the feminist site minding my own beeswax, just before I clicked. But apparently I’m not the only one whose skin crawled, since ca designs called it “The absolute WORST, most horrifying, ugliest product we’ve seen possibly in our entire lives”– and the feministe blog uttered something along those same lines, and I agree. It’s so disgusting I can’t even stop laughing. Ya, I support mammary glands and milk production, but come on now, a nipple milk jug?  Really? Well, I’m sure someone attracted to this God-awful thing will get a kick out of it, but that someone just ain’t me. For real. Seriously, though. yuck!