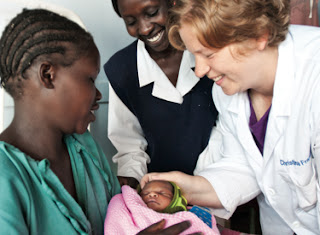 Kimberly Seals Allers re-blogged an article on white supremacy. If you read this article about food justice the people involved are not supposed to be expressing dominance; they’re supposed to be offering their services to communities in need, but the legacy of white supremacy is by all accounts, in full effect. This article showed how the willingness of white people to offer their services to communities of color — those that seem to be in need of intervention in order to make their way of living, their health and well-being better. I read another one along these same lines recently from The Mahogany Way Birth Cafe, but on birthing — where these ‘educated’ and ‘informed’ white women employ their services to these women Of Color in an effort to fix what is wrong and direct us — show us the way.The upcoming breastfeeding summit was on the same track. The focus will be on breastfeeding disparities in communities Of Color and the role racism and white privilege play in strengthening these. We — the other summit advisory team and myself, received an email about the conference — on the intended audience, where Women Of Color and the issues within our community will be portrayed in front of health care professionals who are mostly white, in order to show how white privilege contributes to breastfeeding disparities. In other words the conference would enlighten these providers and suggest they find ways to rectify the wrong doing. It sounds good enough — that we highlight the role of whiteness. Actually, in theory it sounds excellent. Whites get the finger pointed and from there should be convicted enough to evoke a radical transformation contributing to the demise of these disparities, right?! Well, not really. And in fact not at all.I know everyone has the best intentions, and I’m happily working with all of these advisory members of various races and backgrounds. We are willingly and rightfully listening to each other in an effort to work towards the common goal, which is why I won’t get too radical up in here. We all want to critique whiteness and highlight how it marginalizes and maligns (even the white members, who suggested this theme), and at the end of the day all of us want more women to breastfeed. But the reality is that just won’t work. And what would be at that foundation would highlight the incredible dynamic that continues to be portrayed as progress.

Having women Of Color pitch our ‘plight’ to a conference full of white healthcare workers will not work towards the goal of increasing breastfeeding rates and ending disparities. In fact, not only will it not work, but it would calculate itself exactly the way white supremacy is formulated. These predominantly white providers would serve to deliver that level of dominance and structure of superiority and would be the ones to elect if and when to challenge injustice and decide if and when it’s worth criticizing — this format would remain cyclical, without questioning why this dynamic even exists in the first place. To what extent would members of a group who benefit daily from a system designed with them in mind, work to critically assess and make changes at a foundational level? That just hands over the authority and enables the continuance of a governing cycle that has been systematic and strategically in place for too long. People Of Color must join the conversation and be involved in all aspects of the efforts, in order to find as many practical and creative ways to challenge this legacy of domination and the repercussions it is responsible for. Whiteness will never work against itself.

2 thoughts on “The White (Breastfeeding) Do-Gooder”