When the world heard the devastating news of Whitney Houston’s death a few short weeks ago, our ears perked and eyes widened as we dug deep into our mental reserve to reminisced on anything we could that would lend memory about the singer. My mind rummaged through memories from Jr. High, and conjured up images of my twin sister, who could frequently be found somewhere in our home, and with a brush in her hand or her thumb used as a microphone, singing “The Greatest Love Of All,” were again in my head. And when I heard the story of 20 five-year-olds from my nieces kindergarten class two years ago, with their homemade graduation caps, who walked around the classroom singing this same song, as they were ready to advance to first grade, I didn’t know how relevant this would be in my breastfeeding advocacy. And, as I heard this song played again and again on various stations and saw clips of Whitney’s life in music across many wires, it didn’t occur to me the significance, or how it’s message would be relevant right here on a site dedicated to breastfeeding and human lactation. In fact, it wasn’t until recently is when I saw the connection. 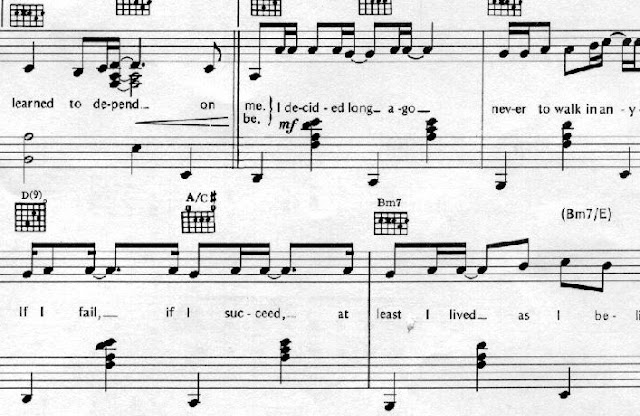 Of the many points made by people everywhere, one thing that always surfaces is for everyone’s hope for Black celebrity representation — for someone famous to occupy a visible space where the world would see them breastfeeding — to debunk the myth that Black women do not breastfeed, to encourage more to do so and to combat the stigma against Black culture, bodies, lifestyle. I, too, often see this in people’s desire for celebrity role models and examples; it has happened time and time again. I couldn’t overlook it after the influx of conversations yesterday when countless individuals and groups seemed to endlessly tweet and speak of the news that appeared to finally satisfy the fervid desire among people everywhere; famous singer and entertainer, Beyonce, (allegedly) breastfed in public.

I won’t sit here and say I have not had inspirations in my life, or that I have not looked to people who I believe have made an impact towards the greater good of humanity — that continuously influence me on a daily basis in my own work towards a more just society. That would be untrue. I also won’t argue that hearing about a Black woman of Beyonce’s social rank offer her milk to her baby in a public space not only seems to advance the cause promoting mother’s milk among African American women, but I’ll never object to any public displays of infant feeding. She has many Black women and Black lactation activists that admire her. But I believe that often looking of these role models and victors — especially those whose lifestyles and circumstances are far removed from our everyday ones, poses a concern that I feel does not largely aide in closing the gap in the way we hope for — primarily and especially because of our stratified society, along with a few other things. But here is my one of my main concerns:We are always taught to look outside of ourselves for quality and guidance. Historically, people who society has deemed prominent — those who have fame and fortune, and have promoted the social division of class, were staunch proponents of mother’s milk. When breastfeeding became taboo this natural act was turned into a stigma. These figures were positioned in society where everyone from doctors to nurses to many around us advocated substitutes, forsaking mother’s milk, which was initially seen as something saved for the elite. The message that our bodies were ill-equipped and non-sufficient was promoted at each opportunity, and this is something that continues to happen now.

Figures in the spotlight that many refer to as heroes are strategically positioned and promoted to market the current time’s trends. Racism, sexism and other system of oppression are the backdrop, and their statuses teeter, based on the agenda on the institution and how well we allow ourselves to adhere to this, as we are endlessly subjected to countless marketing tactics that tell us what and who should be at our center. We follow the trends, and go with the flow. What happens when someone of such social status uses bottles in public forums?

If you ask me if I’m excited about Beyonce’s nursing in public, feeding her baby whenever and wherever she needs this, my answer right now and forever will always be a very loud and resounding “Yes!!” — on all accounts! And I am also just as excited when I see any woman — especially Black women, normalizing breastfeeding in any arena and contributing to the health of our community. But the fact is that mounting these figures as ‘heroes’ would fail to sustain us in the ongoing quest for the foundational and structural changes needed to increase our rates and decrease disparities. We must seek change within our communities. I believe it will be only be through our continuous encouragement of each other, pushing towards the quest for more knowledge, wisdom, and critical social and self awareness, is what will create a lasting legacy that will increase and stabilize our breastfeeding traditions and transcend generations — and in these cases, popularity. We’ve got a lot of work to do. And at a time when the world is listening, how appropriate is “The Greatest Love Of All” — the rarity of a song with lyrics that point us within — for guidance, direction and truth:

“Everybody searching for a hero; people need someone to look up to. I never found anyone who fulfilled my needs. A lonely place to be, and so I learned to depend on me.”

I welcome your thoughts.