I recently realized something. More often than not when I find myself in conversations with women about feeding their children — mostly on how they fed, I get very different reactions. Now it is normal to receive different reactions since everyone’s story is different, but what I’ve noticed is when a woman says she has breastfed, it is usually followed by a long and sentimental story they are willing to share. The mother’s look of pride is written all over her face as she boasts of the amount of time she nursed, how she did it, whether she pumped on occasion, and this is usually followed by a story of her nursing history — hers, or her family’s. I’ve also noticed when I talk to women who did not breastfeed the conversation is usually much shorter, somewhere in that time, she’ll give her reasons, but often in an almost excuse-like excuse. 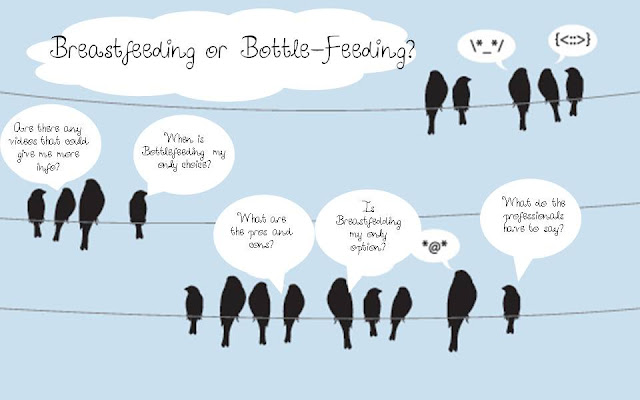 I want to explain what I mean by the phrase ‘excuse-like’ excuse, and I had to refer to my dictionary for the definition of ‘Excuse’ so I could give you a clear explanation of what I believe to be an “Excuse-like’ excuse.

According to the dictionary on my Macbook, when the word ‘Excuse’ is used as a verb it denotes:

1 attempt to lessen the blame attaching to (a fault or offense); seek todefend or justify • forgive (someone) for a fault or offense : you must excuse my sister | hecould be excused for feeling that he was born at the wrong time.• overlook or forgive (a fault or offense) • (of a fact or circumstance) serve in mitigation of (a person or act) :his ability excuses most of his faults.When ‘Excuse’ is used as a noun it denotes: 1 a reason or explanation put forward to defend or justify a fault oroffense : there can be no possible excuse for any further delay • a reason put forward to conceal the real reason for an action; apretext : they use their hunting as an excuse to get away from the womenfolk.

As you can see, “excuse” is used to try and cover something, get out of, or to defend or justify. To explain the reasons for not doing something — with an embedded notion that something should have been done.

If I went up to someone, and said “What an adorable little baby! Did you breastfeed?” That automatically suggests she should have breastfed her baby, not giving any thought to her situation, or her breastfeeding culture.

If the mother said “No, I didn’t breastfeed because — my job, my spouse, my lack of understanding, etc., many would quickly jump to the conclusion that these were excuses, and offered their suggestions:

“You could have pumped, it’s not your spouses decision, there are books available, etc.” However the mother’s (reaction) is not an excuse-like’ excuse. An ‘excuse-like’ excuse is being silenced (non-reaction) through these types of conversations (actions), where a mother is not allowed to state her reasons for fear of backlash (again, non reaction). Does this make sense?

No one wants to face this type of opposition in a time where breastfeeding fundamentalism is all around. Though I can’t say I blame people for advocating breastfeeding, however, extreme breastfeeding needs to be placed in its proper context. As I’ve said before: I support breastfeeding as part of the natural reproductive cycle directly after birth, and would like it if every baby received mother’s milk. But I also recognize that that thought is idealistic at best. Different people have different stories. I recognize that above and below the surface are various reasons a mother has not, cannot, or will not breastfeed her child, which is why I believe a holistic approach is not only beneficial but necessary in understanding infant feeding, and viewing this area through the mother’s lens — what she faces on a daily basis, and what has shaped this outlook. This is also why I have decided to make more of an effort to listen and learn from mothers, and let them explain to me what infant feeding means to them. This is also why I am wanting to know from a group who is often pushed into the margins and who are often met with breastfeeding fundamentalism and silenced.

I am an proponent of mother’s milk. But I am not in favor of arbitrary judgement or, like I said before, an extreme breastfeeding advocate! I don’t advocate excuse-like excuses, nor do I believe those who do not nurse do not want the best for their babies. Not at all. I am coming from a place of sincere curiosity and from wanting to learn from you and your breastfeeding culture — those things that have shaped your outlook and views, and how you daily put this into practice. This will only work effectively to increase my level of understanding as well as fortify the level of understanding we have of each other as a group.